Making a Difference for Those in Need 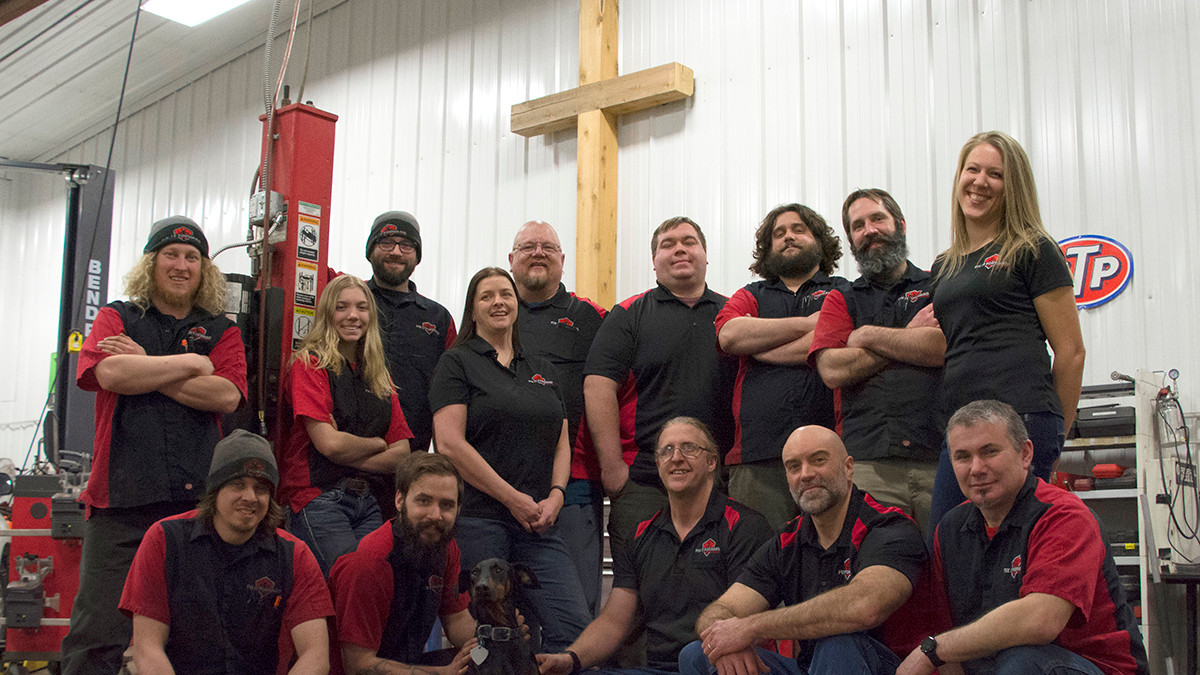 Originally a software engineer, Matthew Carlson changed career paths to follow his passion of fixing cars and helping other people. While he was still working for Microsoft, Matthew and his friends decided to apply their love of cars to help their community. In 2014, Matthew Carlson and Jeremy Jenson founded Fix It Forward Ministry, a non-profit that focuses on providing free cars and auto repair services to homeless and other at-risk individuals in the Morehead and Fargo communities.

A few years after founding Fix It Forward Ministries, Matthew left his job at Microsoft and focused his time on his non-profit work. Matthew and Jeremy soon realized they needed funding to sustain their work, so they opened up Fix It Forward Auto Care, an extension of their auto repair shop that allowed them to help more people than before. As of today, Fix It Forward ministry has given away 225 vehicles and has done more than 600 free repairs.

Tekmetric is proud to assist shop owners like Matthew in growing their business, especially when they can bring it back around to helping people in need. We had the opportunity to talk to Matthew about how both sides of Fix It Forward came to be and learn the secrets to his success. 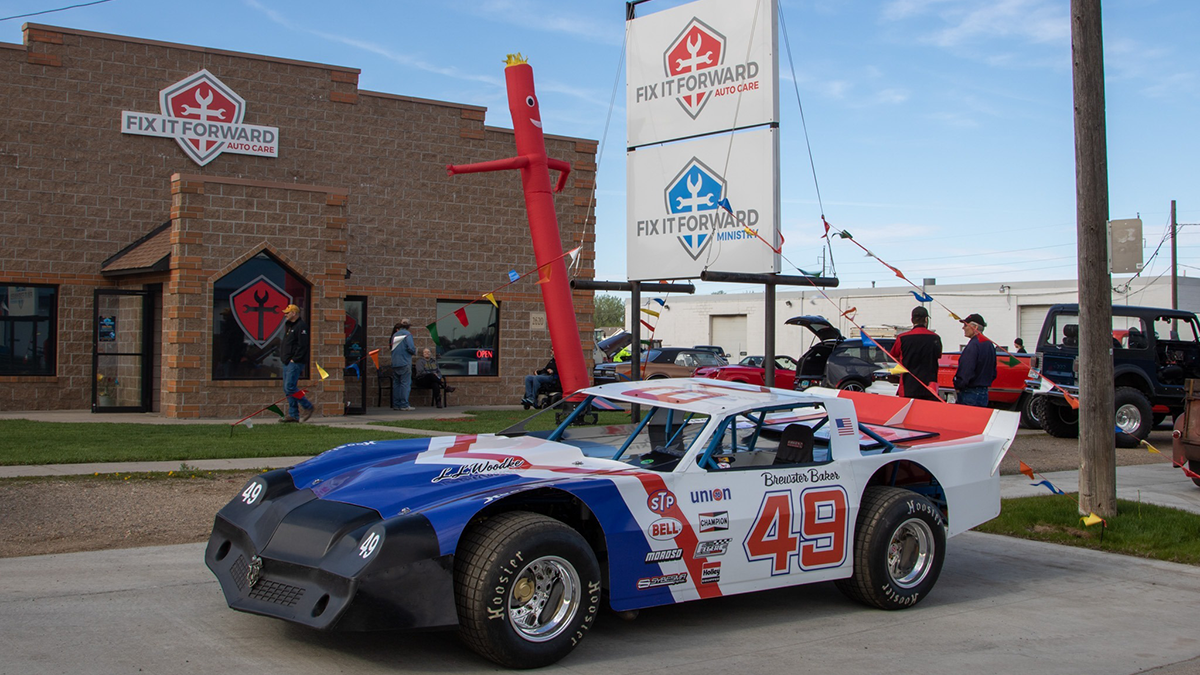 I'm a car guy at heart. I own old cars and collect cars. My dad's a car collector, so I've always loved cars. But I was actually a computer programmer by trade. I went to school to be a software engineer, and I worked at Microsoft for 15 years. Cars were a hobby.

I have a bunch of friends who are also car guys, and we're working on these cars, and it's cool, except it seemed like, "How many cars does one person need?" We recognized that there were a whole bunch of car guys who liked to work on cars, and there's also a lot of people in homeless shelters who can't afford to get their cars fixed, and without their cars repaired, they can't get a job. And if they can't get a job, then they can't get out of the shelter. So they're stuck.

If you talk to the local women's homeless shelter, they'll say transportation is the number one barrier towards self-sufficiency.

We started our non-profit side, Fix It Forward Ministry, as a way to connect the people who enjoyed working on cars and the people who desperately needed their cars repaired. We started that out of a garage, and we would bring in volunteers, both mechanics and hobbyists, to help out. We'd work on fixing these people's cars and getting them on the road so that they could get a job and move on in life. And that kept growing. As we found out, when you give away free things, it's really easy to grow.

There was a turning point that happened for me. When I was still splitting my time between Microsoft and the Ministry, I got a call from a woman who needed her car repaired. Long-story short, her life was in potential danger and she needed a car to move her family to another state. I thought, “Wow. That's a pretty big deal.” So I said, "Okay. We're going to prioritize this."

But then I went back to work at my computer. I sat back at the desk, and at the time my task was to fix a typo in some obscure warning message on a screen that no one really uses. It was going to take hours to get this meaningless thing fixed when my head was just spinning with how I was going to be able to help this woman in this situation.

Why am I spending this time doing something that just seems to be so unimportant when I have so many opportunities to do something that is huge and life changing for people?

I told myself that I need to do this stuff full-time. It still took a little while after that to leave Microsoft, but that was the turning point.

Sustaining the Ministry with a Business

When I started to dedicate more of my time to Fix It Forward Ministry, we started to hit some growing pains. First of all, our shop wasn't big enough for the number of volunteers we were getting in. We really could only fit four cars in our shop at a time. We had limited tool sets. We needed to get better equipment as we were getting more and more work. People were donating cars to us, which was really cool, but we needed a place to store those cars while we worked on them and waited to get them to the people that needed them.

There became a lot of administrative work to do this, and we had no place to do that. I do most of our documentation stuff sitting in a car on my phone. So we couldn't really get other volunteers to come in and help with that because we didn't have an office or a computer and a file cabinet for them to sit down and process that.

The biggest problem we had is that we learned that our entity as we designed it was uninsurable. If you want to get garage keeper's insurance, the first question they ask you is: "How many ASE certified technicians do you have on staff?" and "What's your projected monthly revenue?" And the answer to both of those questions was "zero" because we're all volunteer run, and we didn't charge for anything. Without having any information right for that, they were unable to assess our risk and nobody could touch us.

We also went to places that specialized in insuring non-profits, and we talked to them, and they asked what kind of work we're doing, and we said, "we're fixing cars", and they just hung up the phone right there. They wanted nothing to do with it because, again, they didn't know how to assess risk, and they just viewed us as a giant liability.

What we learned is that we needed a way to solve all four of those problems without drastically increasing our overhead. So we needed a bigger building with land and office space. We needed a way to get insured, but we don't charge for any of our services on the ministry side, so how do we pay for all that without having to spend all of our time fundraising and no time fixing cars?

That's when we came up with the idea of starting a shop and letting the shop pay for all those expenses. Then the non-profit can use that space after hours and really have no added cost to the shop. So that's what we did. I went out. We found a building. We hired some skilled technicians and some service advisors, and we started a shop. So that's how I got into the auto-repair business.

When we started with Tekmetric in 2018, it still had the same foundation and a lot of the great features, but every month it just keeps getting better and better. The thing that really impressed us right away with Tekmertric was the ease-of-use—the ability for anybody in the shop to see what's going on and be able to use it. Because it's cloud-based, everyone in my shop has a computer, and they know what’s going on.

I've heard people say that you'll hate whatever software you use after six months. We've been using Tekmetric for a year-and-a-half, and that hasn't happened because it keeps getting better all the time.

The big thing for us with Tekmetic was the texting. There are a lot of shop management systems that let us text quotes at some level, but Tekmetric lets customers approve the quotes, and that would automatically go back into our software. And that’s really useful because we have a lot of clientele that work in an office environment. They're in a lot of meetings, and they're very difficult to get a hold of. And now they didn't have to talk to us. We get rave reviews, still, from people saying how awesome it is that they're able to just get the repair order and hit a couple of buttons to approve it while they're in a meeting or some place where they couldn't talk on the phone. We’re able to quickly get their car repaired, and the more we can keep our customers happy at the shop, the more we can grow the ministry. 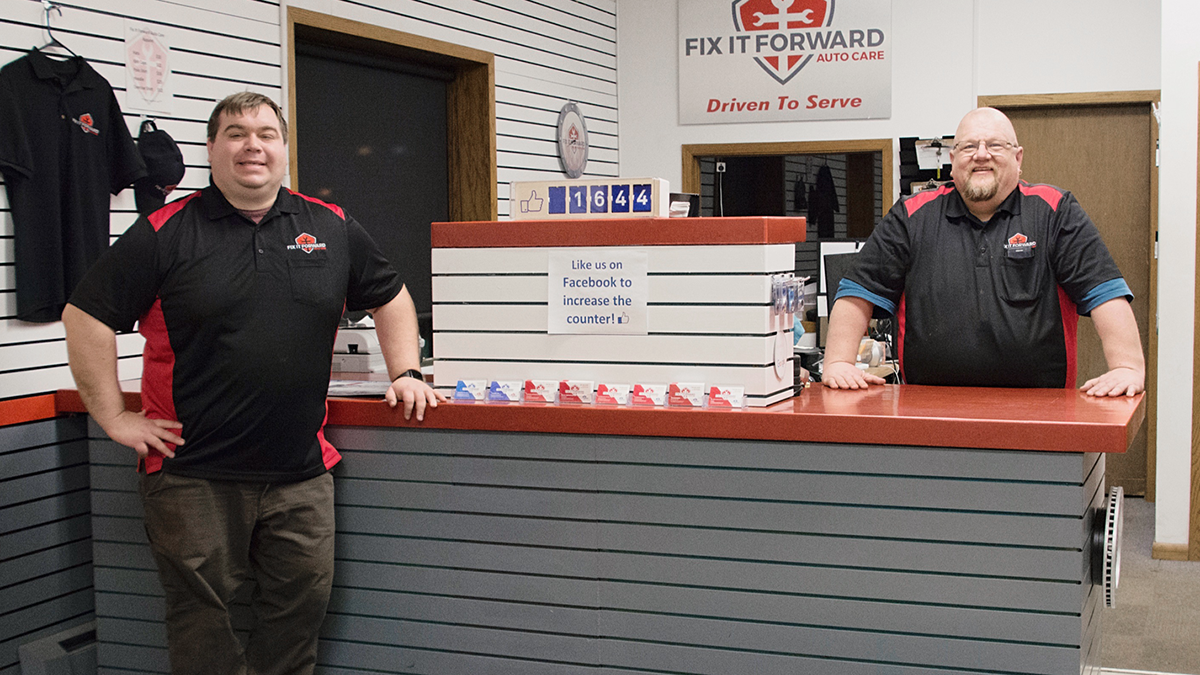 Exactly What We Want

The interesting thing is that Microsoft actually wrote business accounting software for larger scale businesses. And I was also a part of moving that software to be cloud-based. So I have a lot of background in this area. What really stands out with Tekmetric—and I'm so jealous of them for what they created—is they're so connected with the customers. When I worked at Microsoft, I would have given anything to be able to get customer feedback like they do, and develop features that actually do exactly what the customers want. We would spend so much time trying to come up with a great feature, and we'd get a chance to talk to two customers about it, and we'd get their feedback on how they think it should work, and then we'd write it and release it and find out it really wasn't the right fit for most of the customers.

Tekmetric has a user group with a voting system where shop owners can vote on features they want to see they want to see. Tekmetric’s team looks at that, and they'll come up with an idea, and they'll make screenshots and have people tell them how that would work with them, and they'd get that feedback. So when the features are released, they meet our needs. As a software developer, I am so jealous of that customer feedback loop that they have created. They built their support group with a clear intent, and it really is one of the key things that ensures shop owners get a lot of great features.

The Reward of Giving Back

We did over a million dollars in our second year of business, so we started from nothing and grew really fast.

We do more for the community than just fixing cars. That's by far our number one priority, but we also help with other things. We're working on having a blood drive. We donate to other charitable organizations. We did a Car Care Cruise where we actually had about a hundred cars drive through nursing homes and assisted living facilities because, with this whole COVID-19 situation, those people were stuck in those facilities with nothing to do, and so we actually brought a parade through those facilities. It was one way that we were able to use our cars to help brighten their days. That was a lot of fun. We have annual car shows that we use to raise money and raise awareness for things. A lot of organizations that support us, we support them and their projects and fundraising stuff that they do, too. And by being a part of the community like that, the community has really supported us.

Our shop has only existed for two years, but the word of mouth out there is just tremendous. We're getting to the point where a very large percentage of the people in our community are taking notice. People talk and share our stories on social media. It helps us build what we're doing, faster. We've given away so many vehicles and done hundreds of free repairs. Vendors like Tekmetric have enabled us to grow so much faster than we would have been able to otherwise.

For more information about Fix It Forward Ministry, visit fixitforwardministry.com

For more information about Fix It Forward Auto Care, fixitforwardautocare.com

See if our shop management software can help improve your auto repair business.